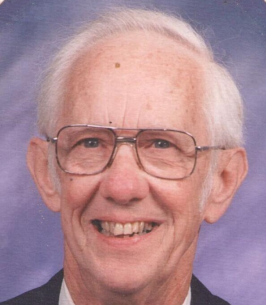 William Jackson “Jack” Gaston, 92, of Weston passed away on Sunday, July 24, 2022 at the Manchin Assisted Living in White Oaks of Bridgeport. Jack was born in Weston on January 14, 1930, son of the late Stokes and Dorotha R. (Ramsburg) Gaston. Jack was united in marriage on January 19, 1988 to Norma J. (Miller) Gaston, who survives.

In addition to his parents, Jack was preceded in death by a son, William Nay Gaston, a step daughter, Dianne Hicks, and a brother, Buddy Gaston.

Jack was a graduate of Weston High School. He was a Baptist by faith. From the young age, Jack became a well-known business owner and contractor. Jack’s grandfather started him in business with the family owned Specialty Shop of Weston and later started a store in Buckhannon. Jack went together with his brother Jim to start the Gem Furniture Store in Weston in the 1970’s. He also became a contractor with Vice Roy Homes, where he developed two home tracks in Lewis County and sold Vice Roy Home packages throughout several states. He was also a distributor for Taylor’s Stoves. After marrying his wife Norma, Jack helped her in the operation of the Patio Plaza in Jane Lew. Jack was very active in all business meetings in the Weston area and participated in the Weston City Council. He was a member of the Weston Masonic Lodge #10 A.F. and A.M. Jack was known for his hobby of working and his hard working character will be missed.

A private family viewing will be held at Hardman Family Funeral Home. Following the viewing, a public Graveside Service will be held at Machpelah Cemetery in Weston at 3PM on Thursday, July 28, 2022 with Pastor Allen Burnsworth officiating. Interment will follow the Graveside Service in the family plot of the cemetery. Online condolences and life stories in memory of Jack may be expressed at hardmanfamilyfuneralhome.com.

Hardman Family Funeral Home of Weston considers it an honor and a privilege to serve the family of William Jackson “Jack” Gaston.