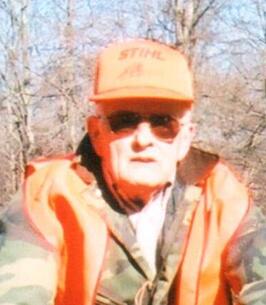 Morris Glen Carpenter, 93, formerly of Sykesville, MD, passed away Sunday, June 12, 2022 at WVU Ruby Memorial Hospital in Morgantown, WV. He was born in Duffy, WV on December 3, 1928 son of the late Opal and Russell Carpenter. On October 31, 1950, Morris married Audrey Jane (Cool) Carpenter. Together they celebrated 71 years of marriage until her passing on December 24, 2021. Morris was also preceded in death by two brothers Ford and Kenneth Carpenter and a sister Mabel Mishler.

Morris worked at Springfield State Hospital in Sykesville, MD for 31 years. He served in the United States Army and was stationed in Germany. Throughout his life, Morris enjoyed sports, playing basketball in high school and later bowling, softball, and golfing. He was the last surviving member of his Walkersville High School class of 1947.

A private family viewing will be held on Tuesday, June 14, 2022 at Hardman Family Funeral Home of Weston. Interment will follow viewing at Mitchell Cemetery in Roanoke, WV at Stonewall Jackson Resort. Online condolences and life stories in memory of Morris may be expressed at hardmanfamilyfuneralhome.com.

Hardman Family Funeral Home of Weston considers it an honor and a privilege to serve the family of Morris Glen Carpenter.