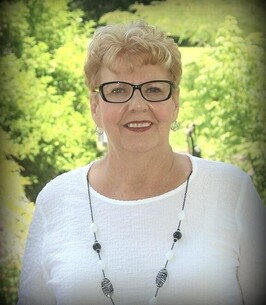 Linda Kay Probst, 68, of Weston, WV, passed away on December 16, 2021, after an extended illness. Linda was born in Weston, West West Virginia, on February 2, 1953. She graduated from Lewis County High School with the class of 1971 and married Russell “Buck” Probst on October 4, 1975, in the Episcopal church where they were both members.

Linda was the daughter of the late Freda Carson of Weston, WV, and is survived by her husband, Russell “Buck” Probst of Weston as well as her son, Travis Probst; his love Chelsea Bailey; her step daughter, Traci Probst, all of Weston; her sister-in-law, Terri Bond of Hurricane, WV; and five grandchildren who were her pride and joy: Brycen Williams, Issac and Bo Probst, Gracie Monachello, and Jayden Bailey, all Lewis County residents. She is also survived by two sisters: Betty Sypolt of Sandusky, Ohio; Joyce Smith of Grafton, Ohio; and two brothers, Charlie Carson and John R. Carson who preceded her in death. She is also survived by many nieces and nephews who loved her dearly and special friends Bill and Molly Burkhammer.

After thirty-six years working at the Lewis County Board of Education, she retired from her executive secretary position in 2010. She was also a Longaberger consultant for years. Her interests included collecting baskets, crafting, sewing, baking, cooking, gardening, woodworking, and hosting fourth of July parties for family and friends. She will be remembered for making prize winning Halloween costumes, delicious dinners, and fabulous desserts. The heart of her life, though, was taking care of her husband, her son and his love, her step-daughter, and grandchildren, all of whom will dearly miss her loving presence.

A Celebration of Life Service to honor Linda’s memory will be held at a later date. On-line condolences and life stories in memory of Linda may be expressed at hardmanfamilyfuneralhome.com.

Hardman Family Funeral Home of Weston consider it an honor and a privilege to serve the family of Linda Kay Probst.