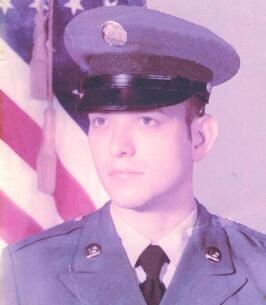 Jerry Michael Swiger, 64, of Thorn Hill Road Weston passed away on Friday, February 4, 2022 in United Hospital Center of Bridgeport, WV. He was born in Bridgeport on October 10, 1957: son of the late William Harry Swiger and Violet Marie (Williams) Swiger. On April 14, 1984, he married Pamela Rose (Smith) Swiger, who survives.

In addition to his wife, Pamela, Jerry’s memory is cherished by two children: Jerry Michael Swiger, II and Ashley Cain and husband Clifford both of Weston and three grandchildren: Alisa, Clifford and Bryant Cain. He is also remembered by 8 siblings: Dave Swiger of Buckhannon, Don Swiger of Camden, Mark Swiger of Weston, Helen Ross of Weston, Debbie Smith of Weston, Cheri Swiger of Weston, Sandy Herrick of West Union and Patty Herrick of Horner and several nieces and nephews. In addition to his parents, Jerry was preceded in death by two brothers: Roger Dale Swiger and Stephen Swiger and one sister: Vicki Hoskinson.

Mr. Swiger worked as carry out with WV Glass Specialty Company of Weston. He was a veteran of the US Army National Guards with 7 years of service. He enjoyed hunting and tinkering with cars. He liked helping family and friends whenever they needed it. Most of all, Jerry loved spending time with his grandkids.

Family and friends will be received at the Hardman Family Funeral Home 730 N. Main Avenue Weston on Monday, February 7, 2022 from 11 a.m. until 1p.m. Funeral services will be held on Monday at 1:00 p.m. from the Hardman Family Funeral Home chapel with Pastor Mary Ann Mason officiating. Interment will follow services in Peterson Cemetery of Weston, WV. On-line condolences and life stories in memory of Jerry may be expressed at hardmanfamilyfuneralhome.com.

Hardman Family Funeral Home of Weston considers it an honor and a privilege to serve the family of Jerry Michael Swiger.