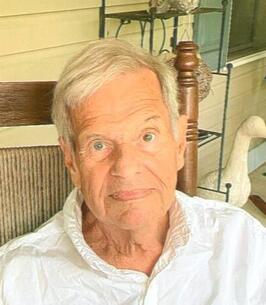 James Richard Atchison, 88, of Weston, passed away on Wednesday, November, 10th, 2021 at Stonerise Nursing Home. He was born in Weston on August, 15th, 1933, son of the late Homer R. Atchison and Geneva Opal (Harris) Atchison. James married the love of his life, Jacqueline “Jackie” (Cairney) Atchison, who preceded him in death in September, 5th, 2013. They shared a wonderful 56 years together.

In addition to his parents and wife, James was preceded in death by 4 brothers and 1 sister.

Mr. Atchison was a graduate of Weston High School in 1950. He entered the United States Navy during the Korean War in 1950 and served until 1954. He graduated from West Virginia University with a Bachelor of Aeronautical Engineering Degree and earned a Masters of Business Administration degree from the University of Dayton in 1969. Mr. Atchison was employed as a civilian by the United States Air Force at Wright Patterson Air Force Base, Dayton, Ohio from 1959 to 1984 where he served as an Aerospace Engineer, Program Manager, Chief Systems Engineer, Assistant for Special Projects, and ended his Air Force career as the Director of Advanced Systems Planning. He has been an adjunct professor in business for Wittenberg University in Springfield, OH and Glenville State College in Glenville, WV. Mr. Atchison took pride in authoring articles and books. One of his books, Shadow of Love, was a book of poems he had started writing at the age of 14. This eloquent collection of poetry is written in “old-style free verse.” It follows love’s life path, from dreaming to the end of love aftermath.

A private Graveside Service will be held at Machpelah Cemetery in Weston on Monday, November 15th, 2021 with Reverend Russell Furr officiating. Interment will follow services. Online condolences and life stories in memory of James may be expressed at hardmanfamilyfuneralhome.com.

Hardman Family Funeral Home of Weston considers it an honor and privilege to serve the family of James Richard Atchison.