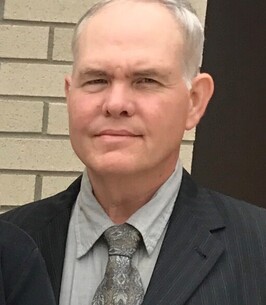 In addition to his parents, George was preceded in death by 1 brother Charles Butcher, 1 brother-in-law Charlie Brooks, 2 half brothers and 4 half sisters.

George was a graduate of Lewis County High School class of 1977. In high school, George was in the FFA. He attended Fred W. Eberle Technical School in Buckhannon, WV and received his Welding Certificate. George was as a Shop Foreman, Master Welder and Fabricator for US Machine in Fairmont for 30+ years. He was a member of the First Presbyterian Church in Morgantown. George was known for helping anyone he could and taking care of every stray cat he found. Above all, George cherished every minute spent with his grandchildren.

George’s wish for cremation has been honored by Hardman Family Funeral Home of Weston, WV. A Celebration of Life Service will be held at a later date. Online condolences and life stories in memory of George may be expressed at hardmanfamilyfuneralhome.com.

Hardman Family Funeral Home of Weston considers it an honor and privilege to serve the family of George Wade Butcher.