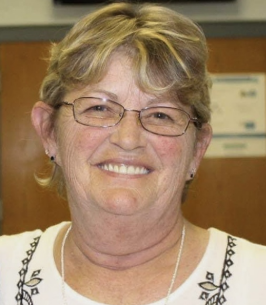 Eva Diane “Smurf” Harter, 63, of Horner passed away on Wednesday, December 1st, 2021 in Mon General Hospital of Morgantown. She was born in Weston on September 29th, 1958: daughter of Leonard Sprouse and Carol (Cosner) Sprouse.

Eva worked in housing assignment at WVU-Jackson Mill 4-H Camp for several years and had worked as manager at Coke-N-Float. She was a graduate of Lewis County High School with the class of 1975. She loved camping and was a camp volunteer at Burnsville. She enjoyed playing on the computer and being on Facebook. Eva loved deer hunting but most of all she enjoyed mowing her yard.

Family and friends will be received at the Hardman Family Funeral Home 730 N. Main Avenue Weston on Saturday, December 4th, 2021 from 11 a.m. until 1 p.m. where funeral services will be held in the Hardman Family Funeral Home chapel with Pastor Wease Day officiating. Interment will follow services in Peterson Cemetery of Weston, WV. On-line condolences and life stories in memory of Eva may be expressed at hardmanfamilyfuneralhome.com.

Hardman Family Funeral Home of Weston considers it an honor and a privilege to serve the family of Eva Diane “Smurf” Harter.